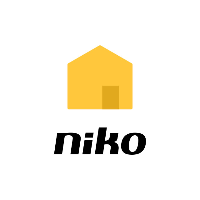 The Niko Home Control Zigbee® network is a so-called “mesh” network. The wireless smart hub (552-00001) is the mesh controller or master node and starts the communication within the network. In a Zigbee network, communication is repeated by powered Zigbee nodes.

The connected socket outlet or other 3th party Zigbee repeaters connected to mains or power supply act as repeating nodes in a Zigbee network.

Battery-powered or energy-harvesting Zigbee devices like the Zigbee wireless motion detector do not act as repeating nodes in a Zigbee network. They only act as receiver nodes and cannot be used to extend the network. 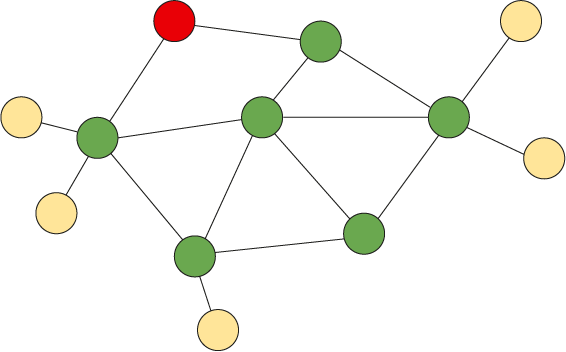 At this moment the Niko Home Control Zigbee network setup uses an automatic exchange of the encryption key from the new device to the wireless smart hub. 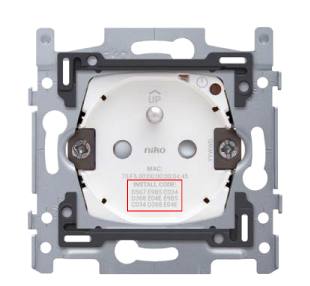 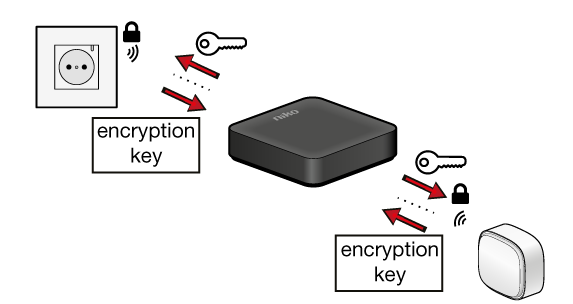 To extend your Zigbee network install the repeating nodes within max. 10 m (indoor) from each other.

To make your network more redunded install multiple repeating nodes within 10 m distance from each other. When a repeating node fails the Zigbee network re-routes the communication to other repeater nodes to reach the end of the network.

Adding a Zigbee® device to a Niko Home Control installation

The operation of devices with a remote control, such as a TV or video and audio devices, is not disrupted by a Zigbee device. The indoor range is ± 10 m. In open spaces, the range reaches 30 m. The range of the  Zigbee device depends on the materials used in the residence.